For more information about the Women's and Ethnic Studies Program at UCCS, please go to www.uccs.edu/west

Carole Woodall has been exploring and studying Istanbul for nearly two decades with a specific interest in cultural and sensory urban environments. Dr. Woodall's scholarship focuses on the interplay between urban space and cultural practices and its effect upon the formation of modern identities in the late-Ottoman and early Turkish republican periods. Her interpretive approach combines theories of modernity with cultural and sensorial approaches to the urban environment. Specifically, Dr. Woodall's research examines the perceived and embodied urban modern sensory experience of 1920s Istanbul through a critical examination of the "decadent modern" - a way to address what contemporary critics and Turkish republican scholars have referred to as a "crisis." She is currently preparing her manuscript The Decadent Modern: Cocaine, Jazz, and the Charleston in 1920's Istanbul, which provides a counterpoint not only to a dominant Turkish nationalist narrative, but also to key approaches to understanding modern Middle Eastern history. Her work revises and complicates that narrative by questioning the multiple ways that social and non-state actors participated in the refashioning of post-Ottoman society. Most notably Dr. Woodall's work is shaped by interdisciplinary research on transnationalism, popular culture, jazz and dance studies, and the embodiment of place.

In the fall of 2009, Woodall founded a non-profit public/academic program called Intersections Film Festival (IFF)TM, which is attached to UCCS's College of Letters, Arts, and Sciences (LAS). The festival provides innovative cultural film programming around contemporary political, social, and cultural themes related to the Middle East by screening award-winning Middle Eastern films and documentaries. The interdisciplinary project is a vital form for public engagement by creating access to critical debates and making global issues relevant at the local level. Middle East historians constantly struggle with how to dispel systemic stereotyping and misrepresentations in an age of intense post-911 mediatization whereby historical substance becomes overly simplified. Intersections Film Festival specifically addresses this obstacle through its pairing of engaged "talk back" discussions with screenings. The festival conveys the diverse political, social, and economic realities of modern Middle East society, while also providing moments of visual humor and poignant thought for the audience. The festival remains committed to making screenings free and open to the public in accordance with its mission of supporting diversity, institutional collaboration, and community outreach.

IFF explored the themes of Women's Lives and Experiences in 2009, and Displacement in 2011. 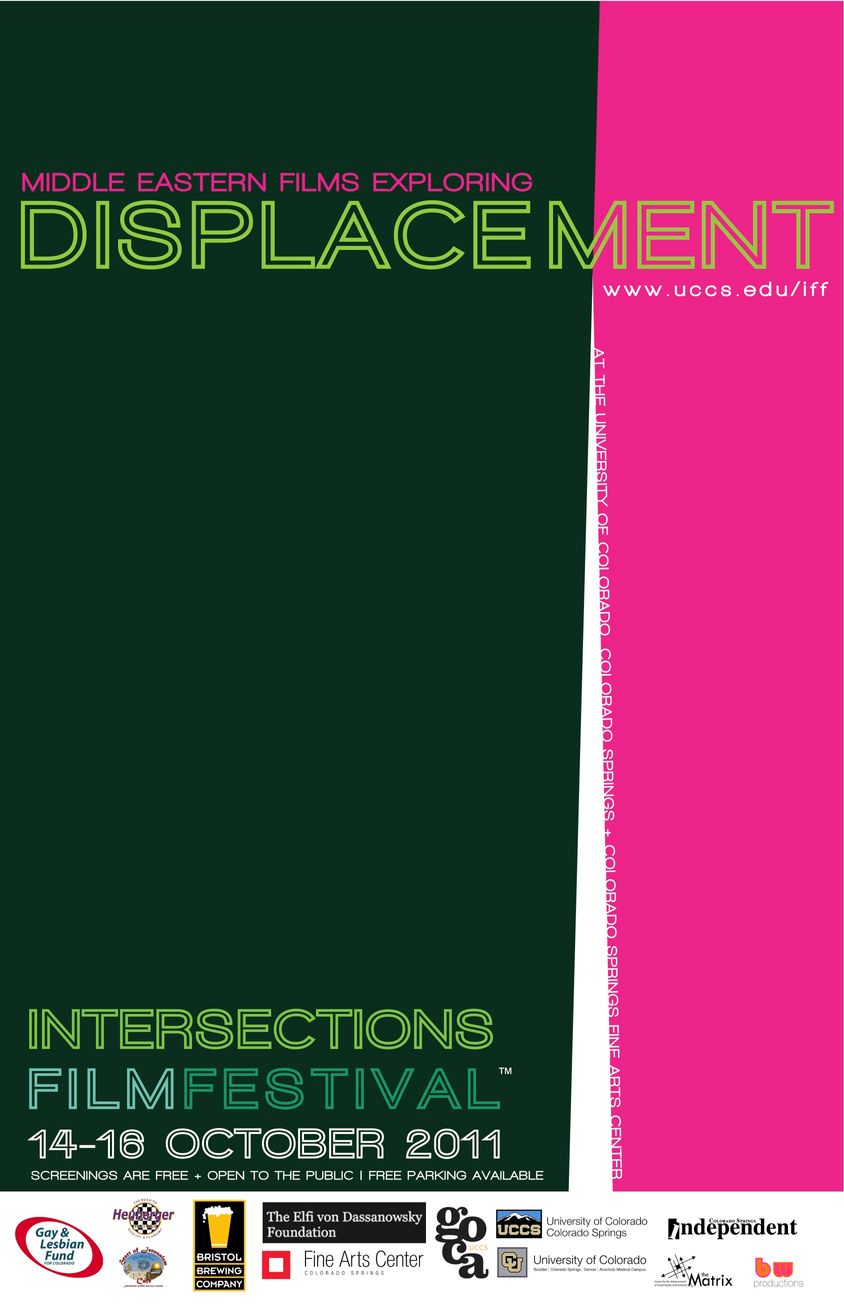