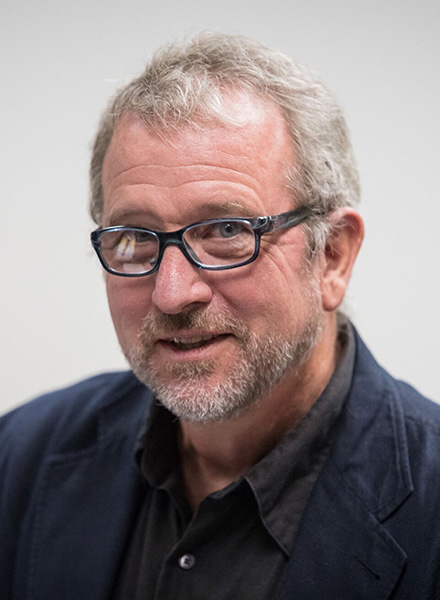 Paul Harvey (Ph.D. University of California, Berkeley, 1992) is Distinguished Professor of History and Presidential Teaching Scholar at UCCS. He researches, writes, and teaches in the field of American history from the 16th century to the present. He is the author/editor of thirteen books and numerous articles. Click here for his books on Amazon, and go to http://paulharvey.org/about to learn more about his work.

Most recently, Paul Harvey is the author of Martin Luther King: A Religious Life (Rowman & Littlefield, 2021), and Howard Thurman Howard Thurman and the Disinherited: A Religious Biography (Eerdmans Press, 2020), as well as Christianity and Race in the American South: A History (University of Chicago Press, 2016), and Bounds of Their Habitation: Religion and Race in American History (Rowman & Littlefield, 2017). Professor Harvey's recent co-authored book The Color of Christ: The Son of God and the Saga of Race in America, was named a "Top 25 Outstanding Academic Title" by Choice magazine in 2013, an award selected from among the several thousand academic books published in the previous year.

Harvey's narrative history survey Through the Storm, Through the Night: A History of African American Christianity (Rowman & Littlefield publishers) was published in 2011, and also received the designation of "Outstanding Academic Title" by Choice Magazine, in 2012. Harvey is also co-editor of the reference work The Columbia Guide to Religion in American History

Other publications of note include Redeeming the South: Religious Cultures and Racial Identities Among Southern Baptists, 1865-1925, published in 1997 by the University of North Carolina Press, and in 2005 Freedom's Coming: Religious Cultures and the Shaping of the South from the Civil War through the Civil Rights Era. Paul is also the co-editor (with Philip Goff) of Themes in Religion and American Culture (2004), and The Columbia Documentary History of Religion in North America Since 1945 (2005).

Harvey was given the title as Distinguished Professor of History by the University of Colorado in 2017. In the same year he was designated to give the Shriver Lectures in American History at Stetson University in Florida; those lectures later were published as the book Southern Religion in the World: Three Stories.

In 2008, Harvey was designated as the Lamar Lecturer in Southern History at Mercer University; the lectures he gave there have breen published at Moses, Jesus and the Trickster in the Evangelical South (University of Georgia Press). In 2009, Harvey was named a Presidential Teaching Scholar at the University of Colorado, and from 2007-09, he served as the Senior Mentor to the Young Scholars in American Religion program at IUPUI in Indianapolis.

See http://paulharvey.org/syllabi for same syllabi from some courses.